All the S's Stitching & Stash

Shepherds and Sheep,Sense and Sensibility .

Now I have recovered from the jet lag, Florida even virtually is a bit far in a day lol.
Well another week gone, Martin is counting the weeks now ,days and hours too. I must admit it will be lovely to have him home ,wonder how he feels about wielding a paint brush and becoming the gardener to the lady of the house!!
I will have to make this quick as said man of the house will be home wanting his dinner, although it is a quickie tonight, oops better rephrase that. Made ham ,cheese and leek pie and so only has to be put in the oven and I have cheated with new herby potatoes and salad so nothing really much to be done now.
So onwards onto the stitchy progress as I promised Colleen and Sally an update on the journey.
Can you see the terminus in sight, I will have to do another one when this is finished I think. 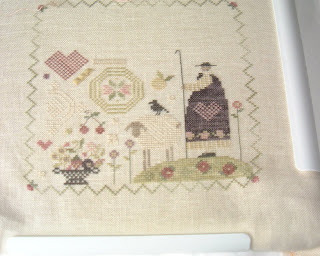 I think the colours are so pretty on this.
I have another work in progress to show you -Sense and Sensibility -Jane Austen by The Sampler Girl and the more this grows the more I like it ,hopefully another HD soon. 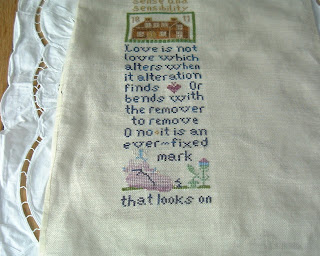 I have also finished my birthday gift ,but that cannot be shown yet. Also did a little knitting and that has been posted and should be received very soon.
In the post this week I had a long awaited order from Sew and So, for the first time ever, and I have been dealing with them for years my order went astray, then they were out of stock of a couple of items so they held it until it was in again. I had just phoned them to say I still had not got it and she said it had been shipped out that day.This is my bits from them. 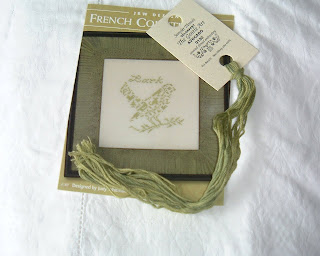 This little bird has been admired for the longest time , and when a birthday present was bought by my old school friend (yes she is as old as me and our school years were a very long time ago) I knew I had to get the Lark to be stitched for it. I will show you in due course.
Also in that order was 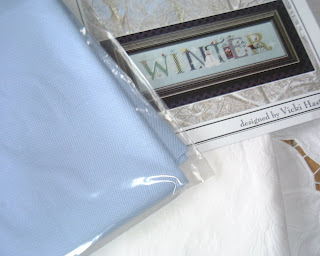 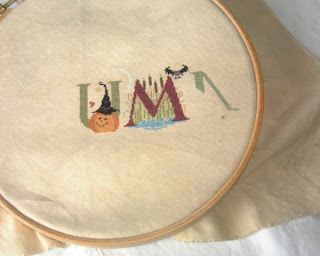 Julie you will be pleased to see N has been started and I also found this lonely little bat, I am glad there was only one as I do NOT like bats. This is my UFO and as I now have 3 more in the set to be doing I had better get a move on.

Also this week I have had an order from Thread Bear arrive and so more to stitch, I wonder if I have enough lifetime to do it all. I did give away one piece this week, my daughter Kate used to stitch before her life became so hectic, last Sunday she asked if I had anything in my retirement drawer (she jests of course) that she could do. So she took away the Autumn Celtic Angel to do with all the bits and bobs and a frame too.. Wonder how its going --she thought it may help her relax...it will until she gets a frog visit!!! I digress-
Here is the order from TB 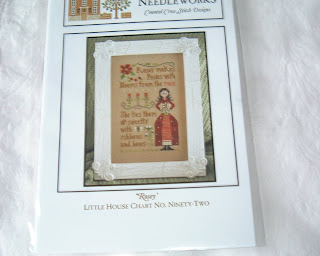 Being an ex florist (can one be an "ex" florist) I just had to have this one.
Then there was this 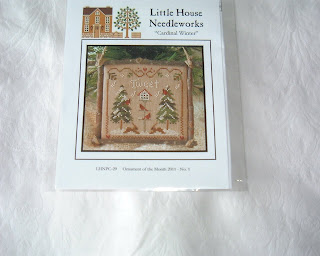 Which I am going to stitch for Feb ornie on Needlecraft Haven -I know its soon March but it will just be a little late!!!!
Last but not least was this piece of fabric which I just loved as it is a black birdie design. 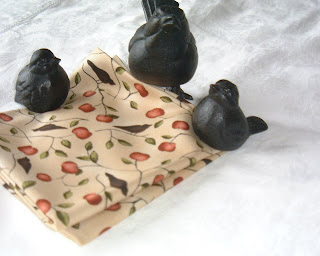 Even the black birdies came for a look.
So my little sweetie pies that is this weeks news.I have put in a couple of orders so more to show you at a later date. Now off this computer and to get dinner underway . Tonight I shall pick up a needle ,but what shall I stitch ,any ideas?


Happy stitching to you all take care and many hugs
n stuff
Barb x
at February 25, 2011

Oh Barb I'm loving The Journey the colours are beautiful. Lovely progress on the JA piece too.

Ooh what a lovely post Barb. Love your SnS. I have done more on PnP but I need to frog :(. Great stash haul. Very similar tastes. x

Great work on your WIPs Barb, the SB is so pretty and delicate. Some lovely new stash too.
I must leap in to defend bats ;D They are adorable!

Great progress on your WIP's and lovely new stash!!

Great progress on your WIPs. The more I see S&S the more I think I might one day stitch it. Lovely new stash. Look forward to seeing what else you have brought.

The Journey is beautiful, Barb. I love the colors. S&S is progressing nicely. I love the new additions to your stash. Oh & I am loving the BlackBird fabric. I have to add it to my fabric stash. Can't wait to see the other goodies you have bought.
By the way, I went back to look at the black sheep picture from a previous post. You are so right about the one in the back, giggle, giggle.
Many hugs & happy stitching

Lots of lovely stitchy progress, the Journey is so beautiful.

Will Dh be changing his name to 'Mellors' when he retires and becomes the gardener LOL ... now that is a naughty thought!!

How do you choose from all your wonderful stash? If you are a mood stitcher like me then you can jump from thing to thing...lol. Your S & S is close to a finish. Enjoy stitching!

Lovely work on your WIPs and it looks like you've got plenty of new stash to keep you busy!

Your WIPs are so beautiful Barb and what great new stash. I love the Lark design and the black bird fabric is fab. Happy Stitching!

What a beautiful stitching , those colors are so soft. Love them !!
Your new stash also is great, that rosey is a beauty isn't ?
BTW of course you can use that twiggy idea :-)

Beautifuk progress on both your pieces Barb. I absolutely love them both.

Lovely new stash too :) I'm hoping my BBD book will be here soon :) Your new birdy fabby is gorgeous.

See you at mine later with Colleen :) I've saved you some Melting Moments!

Well I'm just swooning over your SB piece which is gorgeous and of course I love your Jane Austen piece also.
Lovely new stash - looking forward to seeing what you will do with the yummy fabric.

Wonderful progress on your projects and what wonderful new stash!!